GIVING BACK TO OUR NEIGHBOURHOOD

One of my 2016 election promises was to invest in community driven projects for District 4 and for CBRM.  I believe that it is not only important to represent you in Council, but to also take an active and hands on role to support these initiatives.

I continue to be awestruck and impressed with the compassion, dedication, and commitment of our residents, community groups, and businesses to improving our neighbourhood.

It is my privilege to have the support of residents in community projects, such as:

If you have an idea to improve our community, I would be honored to assist you! 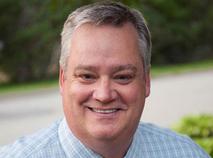