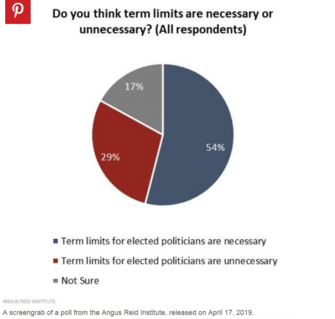 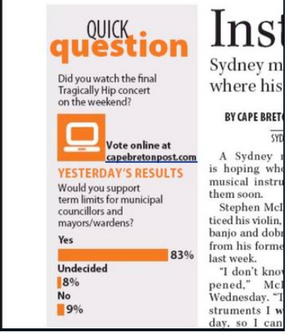 I have introduced to Council the importance of establishing term limits and will continue to propose this be implemented.  I believe those who seek elected office should recognize that serving the people should be interpreted as a sense of civic duty, not a career path.

Municipal services refers to basic services that residents of a municipality expect to be provided in exchange for the taxes paid.  We continue to see a lack of services yet pay the highest taxes in CBRM.  Since amalgamation in 1995, the area known as the old County of Cape Breton, which includes District 4, have seen taxes increase yet services decrease.  The CBRM and the Province of Nova Scotia both have a role to play in recognizing that not all parts of the CBRM are being treated fairly.  I have addressed this several times with Senior staff of CBRM and of the Province of Nova Scotia, as well as in Council over the last four years.  This is unacceptable - continuing to fight on your behalf is my highest priority.

This includes (but is not limited to):